I was looking for a quick and easy blueberry muffin recipe to use up the plethora of blueberries I had bought before they went bad. I found this recipe:

Seemed simple enough. I gave it a go. This was what the muffins looked like out of the oven.

Honestly, I was a little disappointed. They weren't as sweet as I like my muffins to be and were really quite bland (even though several family members said they were delicious).

So the next time I had way too many blueberries in my fridge, I looked for another recipe to try that had more sugar! And found this one.

I changed it up a bit and this (because SUGAR!) was the revised recipe I used:


METHOD
To Make Crumb Topping: Mix together sugar, flour, Crisco, and cinnamon. Mix with fork, and sprinkle over muffins before baking.


I substituted half and half for milk in the recipe because we have skim milk in the house and I always like some milkfat in my cooking. I also substituted the Crisco for butter because I think it's easier to work with and bakes better than butter.

The amount of crumb topping made from the recipe was too much for the number of actual muffins the recipe made. Fortunately, I was making banana bread muffins at the same time and so I used the leftover crumb topping from this recipe to top the other muffins too. 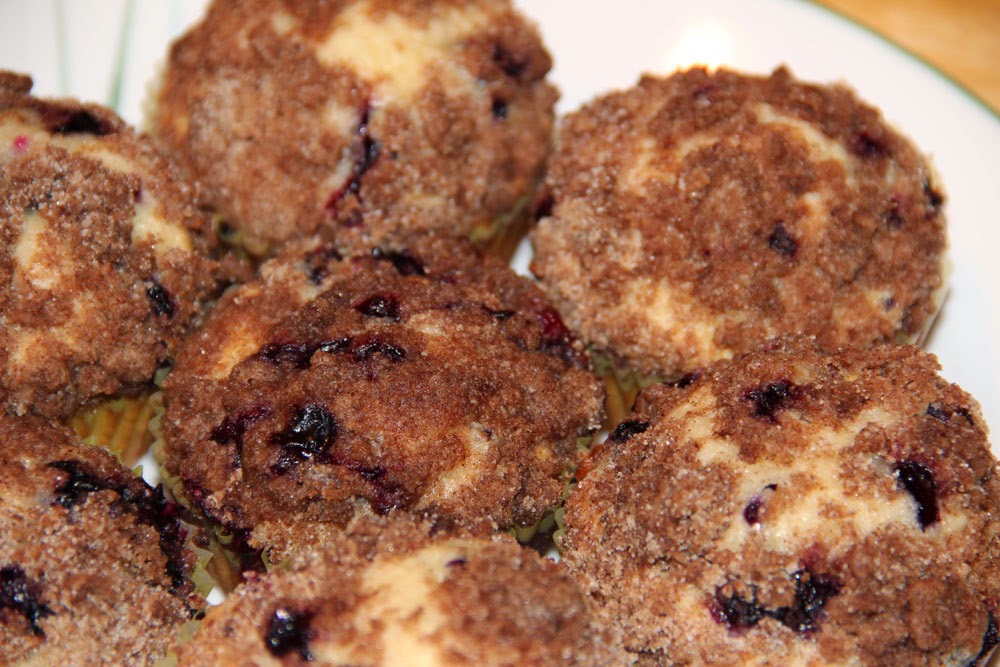 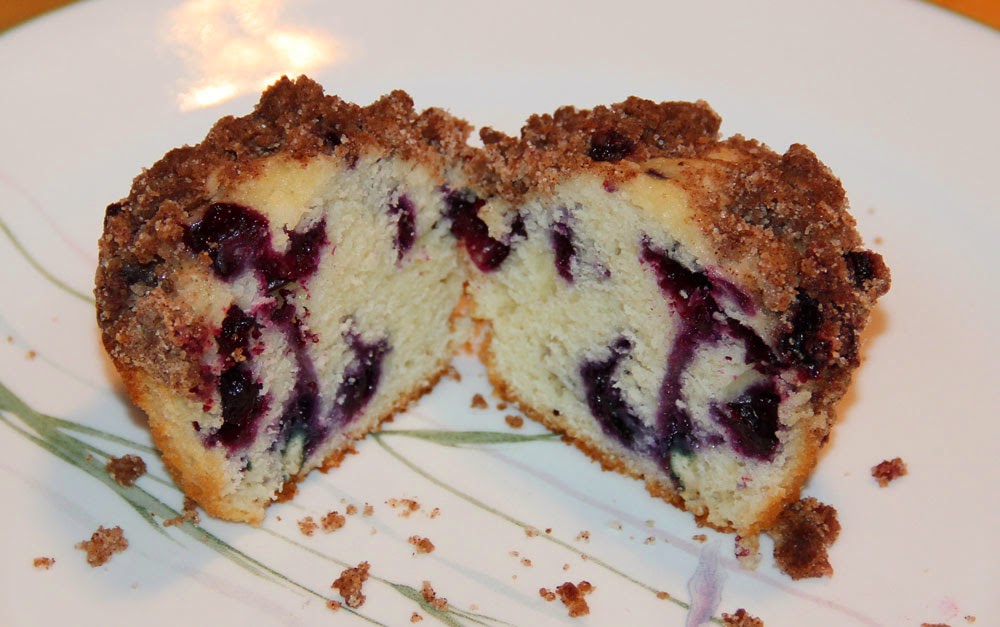 The final result of these muffins really was to die for. This is now my go to blueberry muffin recipe...and I've decided this crumb topping needs to be put on everything and will use it when I try making eggplant bread again.