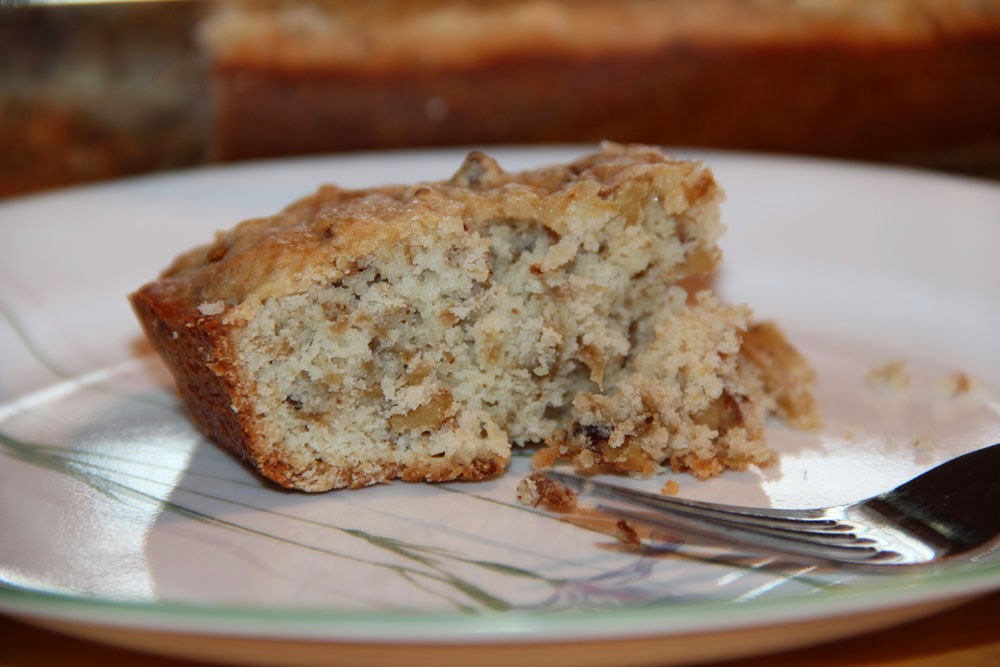 I decided a couple of weeks ago to supplement our grocery buying with organic fruits and veggies from a local farm, Grindstone Farm. In order to save a few bucks, I decided to order the prepackaged boxes that the farm puts together. With that decision, I knew I was going to get some vegetables I didn't normally buy, but I figured it was an opportunity to try to cook them in ways I'd never had before.

I received an eggplant in a box and wanted to do something different with it rather than the old eggplant parmigiana dish that I've had before dozens of times over the course of my life. With a quick Bing search, I found an Eggplant Bread with Honey recipe and was intrigued. I figured it would be similar to zucchini bread, and even the recipe says it's a twist on the carrot cake, so I decided to give it a go.

I substituted sugar in the original recipe for the honey because I didn't have any honey in my pantry, and I used walnuts as my nuts because that's what I had on hand. Following is the recipe I ended up with: 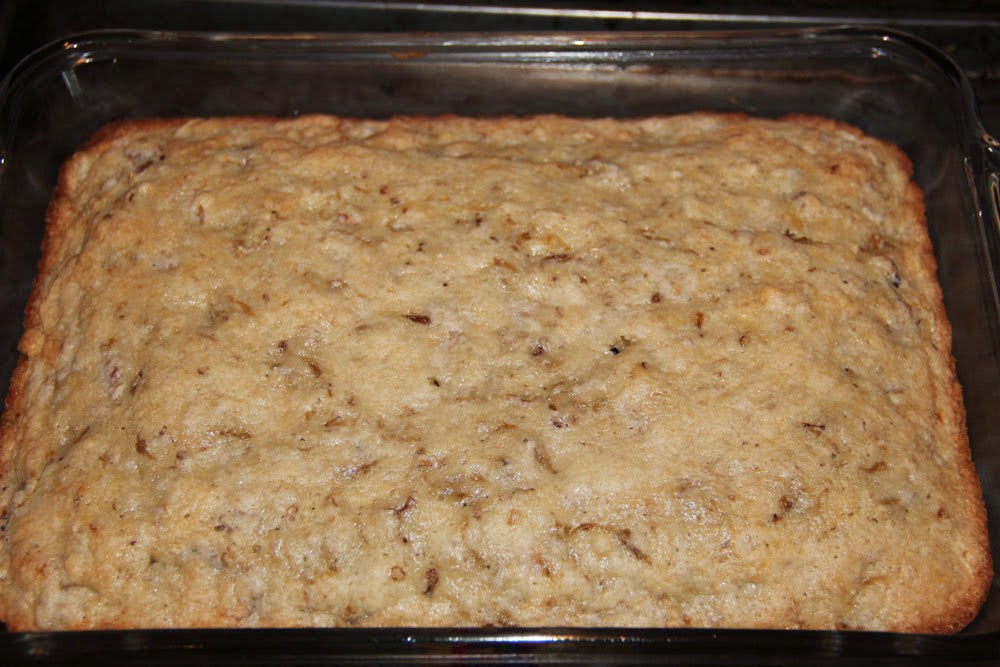 During prep, I found that it was actually a bit more difficult to grate the eggplant than I originally thought it would be. I peeled off the purple skin of the eggplant before I started grating even though I wasn't sure if that's what the original recipe expected. I was worried that leaving it in would be tougher to chew in the bread, so might as well discard it beforehand. Then I tried grating it from the bottom. No go. Once I shifted my eggplant onto it's side, it was much easier to grate. I did not remove the seeds.

After it came out of the oven and cooled a bit, my husband and I cut pieces off to try. Our first thought was that it was somewhat bland. I even considered this when I was making up the batter because there are no spices included like cinnamon or nutmeg. My husband thought it could use a crumb topping.

Regardless, it actually is quite good overall. I like it even better after it's fully cooled and has set for a day. It's very moist while still being firm, and does remind me of a zucchini or banana bread type recipe. If I have the opportunity to make it again, I will definitely use some more spices and add a crumb topping to make the husband happy. I'd like to try it with honey instead of sugar, and add dates, too. 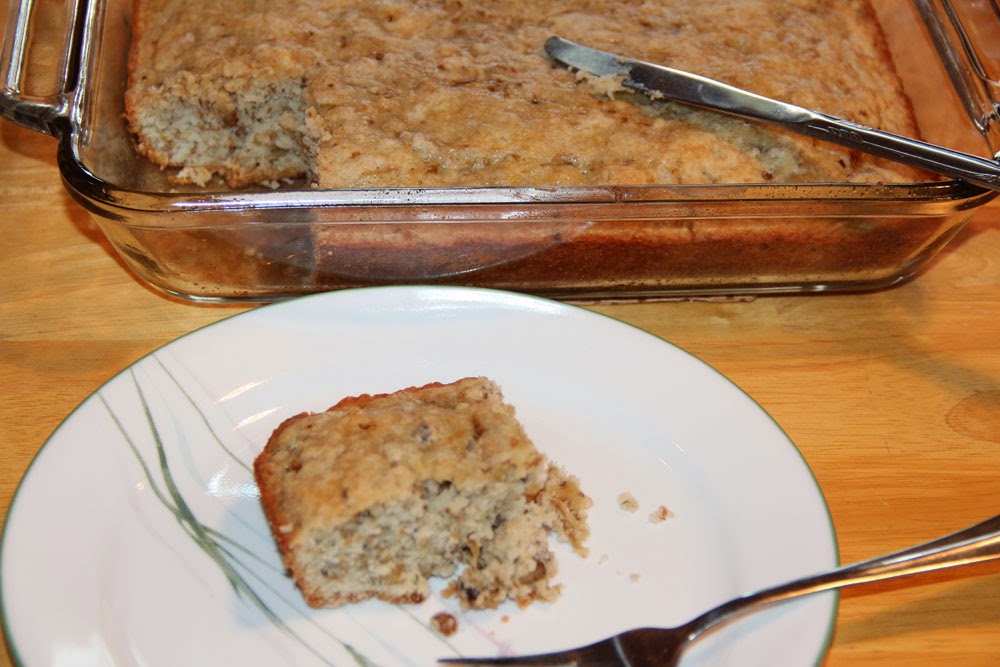